Expertise in Irrigation by Tradition

The company HÜDIG was founded in1902 in Berlin/Germany. In the beginning the enterprise was mainly engaged in the manufacturing of accessories for turning lathes and milling machines (see picture 1). 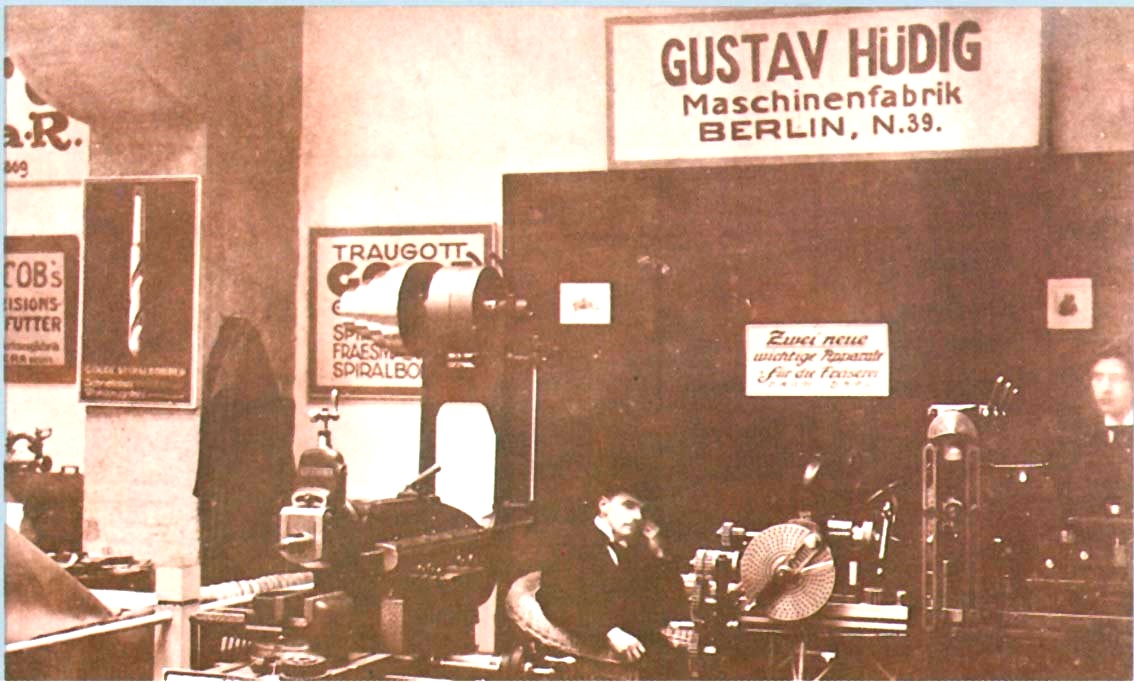 Pic. 1: The founder of the company Gustav Hüdig

Already in the year 1923 the enterprise was confronted with the goal designing mechanical and automatic components for the agriculture irrigation. The industrialization and the rapid growth of the population in Berlin made it necessary to think about alternatives in the waste water disposal and the spraying of fields in the surrounding areas was one of them. As a result a large amount of automatic sprinklers were manufactured and successfully sold. Over the course of the following year further concepts for the agriculture irrigation were developed.

Pic. 2: The former president of Germany, Mr. Hindenburg is visiting the HÜDIG booth on the “Grüne Woche” exhibition in Berlin in 1926.

The giant irrigation-canon (Groß-Regenkanone) of 1927 was a result of this developing- and engineering-work and it was the first real innovation which made HÜDIG famous in Germany. 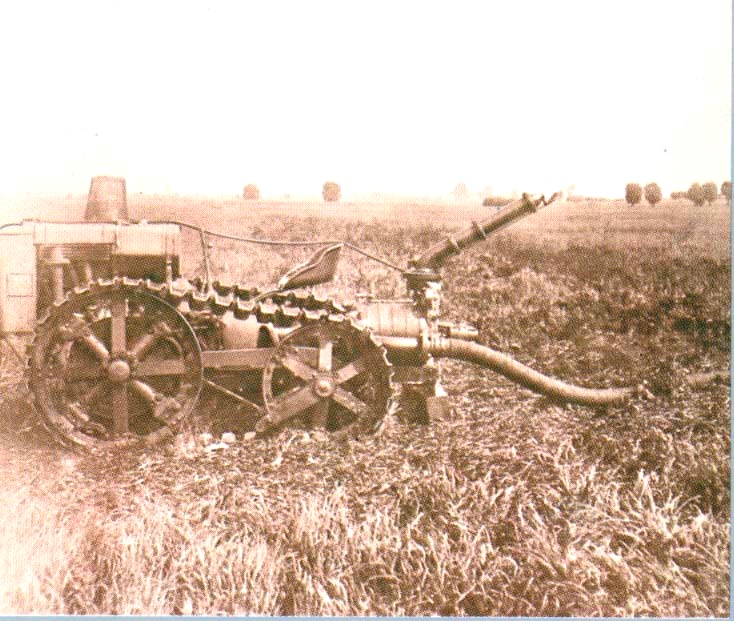 Pic. 3: The giant irrigation canon „Groß-Regenkanone“ in the year 1927

In these years the HÜDIG-enterprise recognized that it was necessary to extend the product-range of the agriculture irrigation from water-supplying technology to complete irrigation-systems including all components like pumps and pipes. On request the complete units were installed by HÜDIG-personal. HÜDIG could supply, different to the competitors, everything ready to use and from one source.

After the war the production-facilities were moved to Quakenbrück/Germany due to some entrepreneurial reasons. Beside the production of irrigation equipment the company manufactured fuel-filling-units by order of the Belgian and French army. 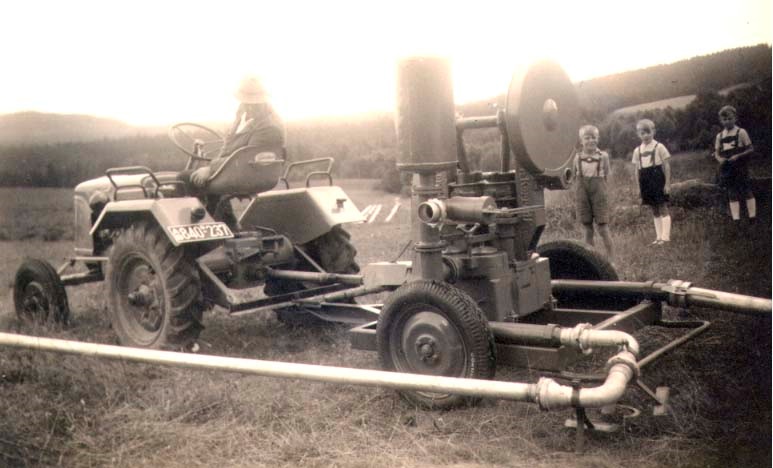 Against the background of the agricultural developments in Germany in the 50th of the last century the principal marketing area moved into the “Lüneburger Heide”. In consequence of the customers call the family of the founder decided to move the complete enterprise to its today’s location in Celle/Germany.

As a further development the enterprise started in 1963 the manufacturing of units for the dewatering-process according the standard of being operational reliable and low-maintenance units.  This goal seems to be complied, particularly with regard to the successful worldwide sales in the last decades and the fact of thousandfold satisfaction of the customers. 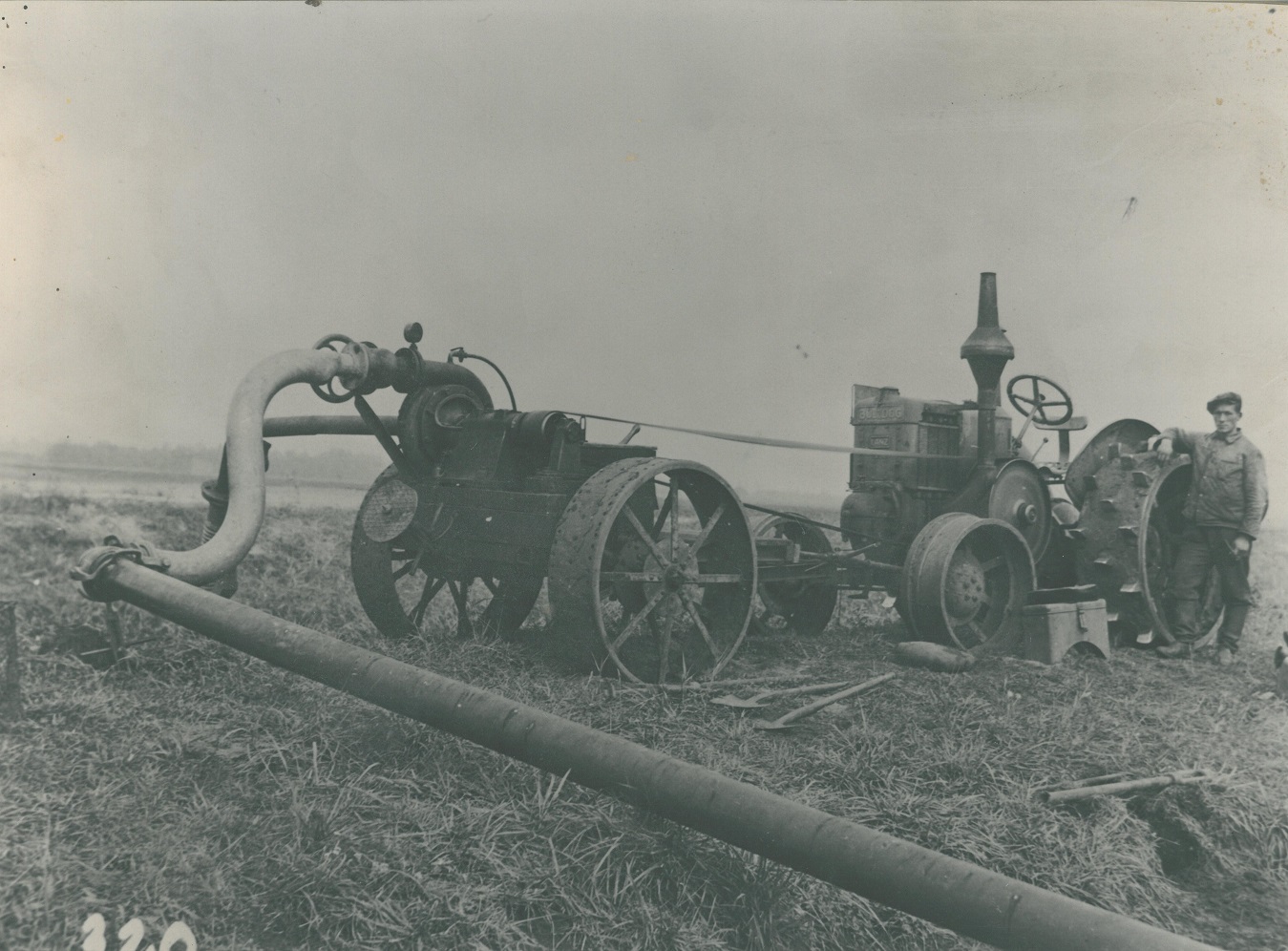 The enterprise had a continuing growth and deployed activities in the export – especially to the Middle East where branches were opened in several countries.

The main workload lies now in the business-ranges of dewatering- and agriculture-irrigation-equipment but further product-lines have bee added like sewage-pump-units and generator-sets. 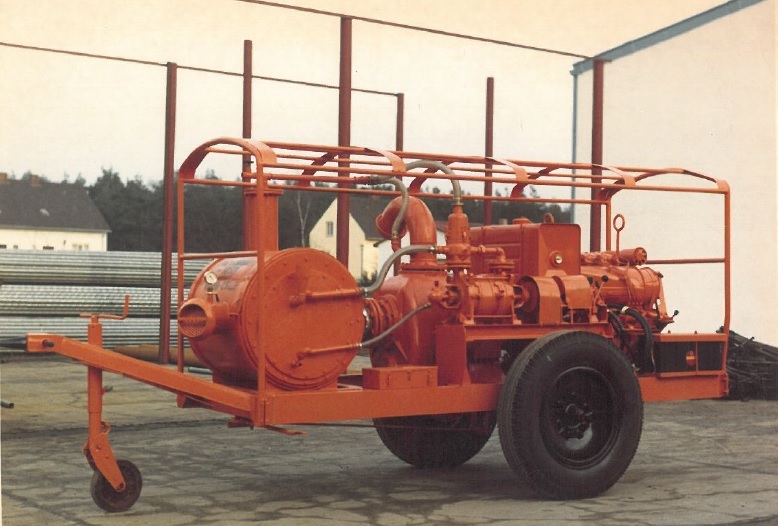 Pic. 6: The beginning with a “state of the art” dewatering-unit HC 571

HÜDIG is a classical medium-sized enterprise with a continuing view on the requirements of the customers and on the according implementations in the future.