Our distributor in New Zealand Condor was approached by Fulton Hogan to assist with the removal of suspended solids, which would affect the water quality discharged during the construction of two rail underpasses.

The first underpass being on Parliament Street with had very limited space on site, so the compact Condor XL Water Treatment System (WTS) and associated HC522/17 dewatering pumps were recommended for this project. The HC522/17 impressed with its footprint-saving design and efficient pumping performance combined with low fuel consumption.

The second underpass was constructed at Pito-one which is situated just south of Petone Station.

To minimise disruption to train commuter’s works at Parliament Street were done over the Labourday long weekend and works at Pito-one over the Christmas holiday period and Fulton Hogan worked 24 hour a day shifts to get the underpass’s completed.

With the Water Treatment System only being required for a short length of time, the systems and associated pumps were hired and were delivered to site, set up and commissioned by Condor staff.

The end result was the total suspended solids (TSS) in the water discharge was kept well within the required parameters to meet compliance to the site discharge consents. 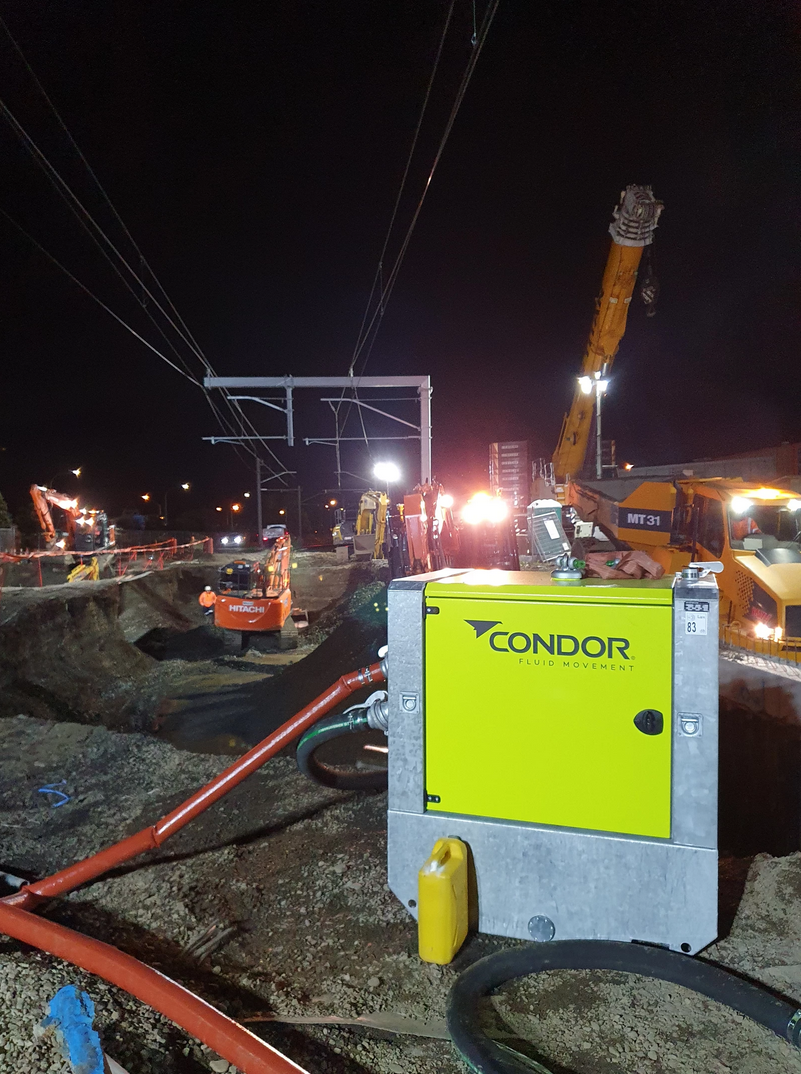 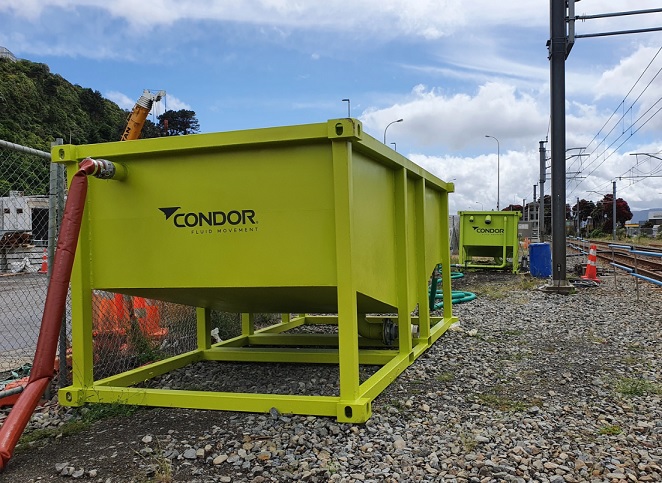