In principle, soil compaction means the application of a high load, which in turn leads to deformation and thus to a change in the three-phase soil system. This principle is used by many civil engineering companies to consolidate the subsoil.

On the open sea or along the coast, the use of heavy weights used for soil compaction is often not possible. For this reason, various construction companies have developed systems in which a mixture of water and gravel is pressed into the soil under high pressure. The gravel is drawn out of a tank and pressed into the tank by means of a suspension pump, which in turn presses the mixture into the seabed by means of a high-pressure pump and thus compacts the subsoil. The SDVA200 from Hüdig was developed, among other things, precisely for this type of application. The armoured pump and vacuum generator, driven by a diesel engine, ensure continuous delivery of the abrasive medium. The air separation tank in front of the armoured pump allows the separation of the air entering the suction line from the medium, so that the armoured pump only conveys the liquid medium. This combined system ensures a safe, fast suction and a high vacuum. The robust impeller of the SDVA200 can therefore easily pump gravel, sand and other abrasive components of the water. 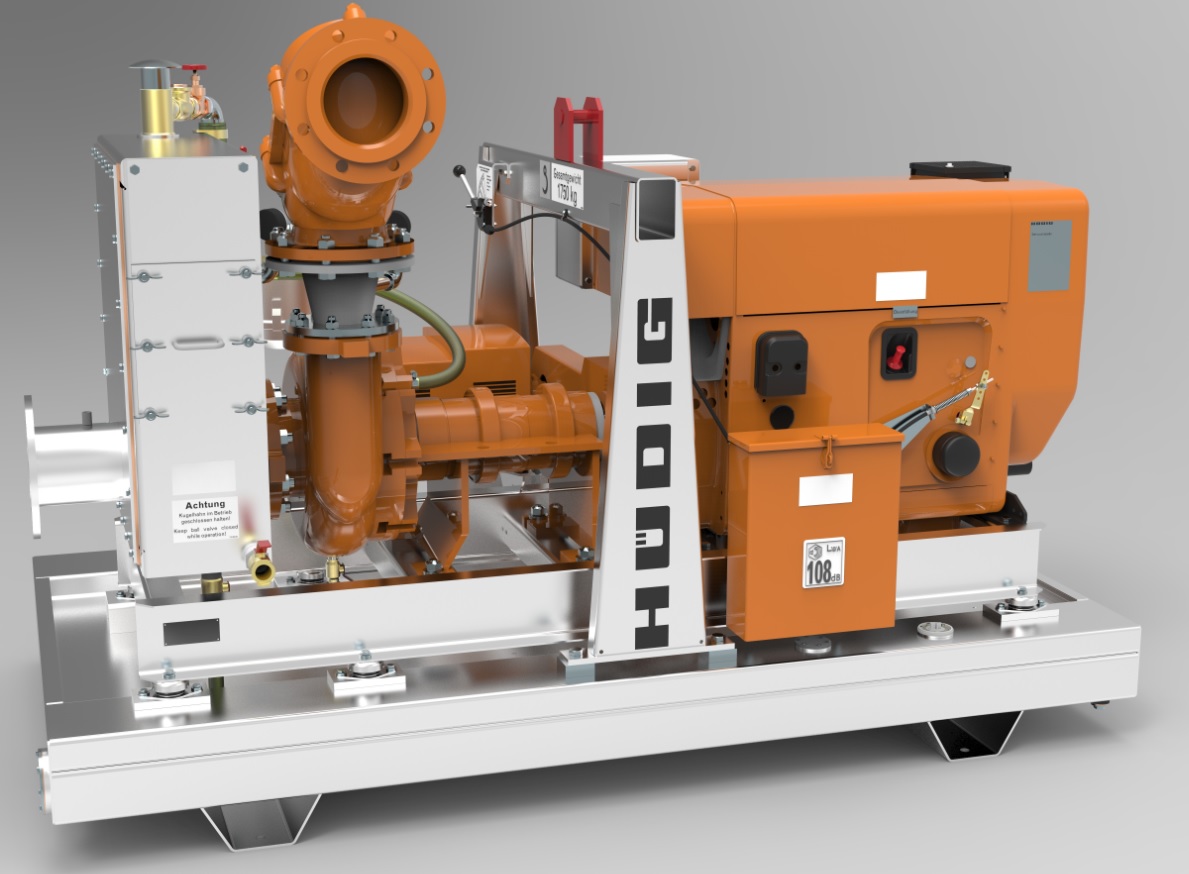